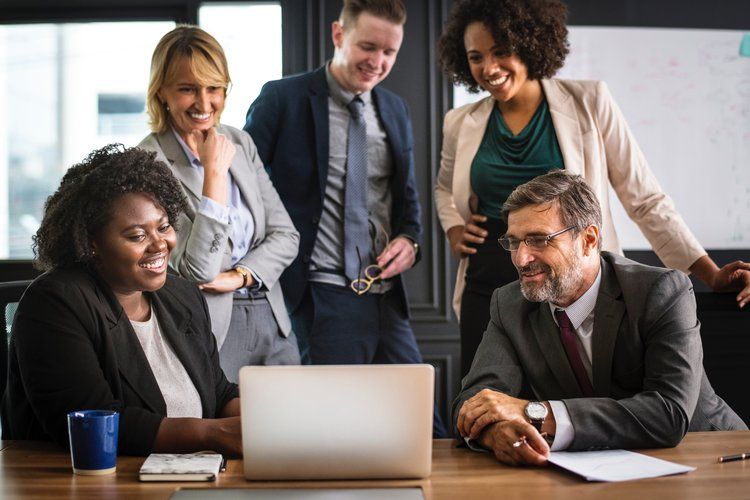 SUCCESS DEPENDS ON INCLUSION, NOT EXCLUSION.

The U.S. is a complex and diverse blend of races, ethnicities, religions, genders, sexual orientations, and generations. When your corporate culture embraces diversity, your company is in sync with your market and more likely to succeed.

Think of it this way: Success depends on inclusion, not exclusion. When growing small-to-medium businesses (SMBs), multi-national corporations, groups, and organizations embrace the contrasting perspectives of various work and life experiences, amazing things happens. No one ever thought of the next big thing with a bunch of like-minded cohorts yelling “yes” all the time. But beyond the next big thing, there are three other real-life benefits that accrue from workforce diversity.

Diversity drives bottom line results. The findings of a McKinsey study, which explored diversity in 180 companies in the US, UK, France, and Germany, were startlingly consistent. Companies whose executive boards had the most diversity showed returns on equity (ROE) that were 53 percent higher than those that were the least diverse. Earnings before interest and taxes (EBIT) were 14 percent higher.

In spite of such compelling financial results, most companies are lagging when it comes to diversity within their leadership. At the end of 2017, only 6.4 percent of Fortune 500 CEOs were women. There were only four black chief executives—all men. There was one Asian woman, and one Hispanic woman. The number of women holding Fortune 500 board seats actually declined by two percent between 2015 and 2016, while 197 of the top S&P 500 companies had no black directors, according to Black Enterprise magazine.

One encouraging sign is that a study by the Institutional Shareholder Services showed that in the first five months of 2018, women accounted for 31 percent of new board directors among the US’s three thousand biggest publicly-traded companies. That’s a positive development because women previously occupied only 18 percent of such seats. As Laurence D. Fink, Chairman and CEO of BlackRock told a conference, “If we are not a mirror of who our clients are, we’re going to fail.”

Energy giant Exelon Corporation is putting financial muscle into diversity and in 2017 became the first energy company to join the Billion Dollar Roundtable for Excellence in Supplier Diversity, a non-profit organization that recognizes companies that spend at least $1 billion with minority and woman-owned suppliers. The year in which the company did more business with diverse and women-owned businesses was the same year it experienced its best-ever financial performance. Emmett Vaughn, Director of Diverse Business Empowerment at the $35 billion energy provider, said, “The more ways you have to expand your perspectives and attack business objectives the more likely you are to have a better outcome.”

Having diversity in the workforce means that problems can be tackled and resolved from multiple perspectives and viewpoints.

A business that’s ahead of the pack in this area is adidas, the second largest sportswear manufacturer in the world. Adidas “designated diversity as a strategic goal and started building it into the guts of the organization.” In particular, the company focused on stepping up the number of women in management ranks, and within three years, they saw an increase from 21 percent to 30 percent.

Adidas wants to “invent the future of sport” and considers diversity its secret formula to accomplish that: “The more unique identities, backgrounds and perspectives we can assemble at adidas, the easier it is to find our way around roadblocks and change lives through the sports we love.”

Diversity generates an atmosphere that encourages far-sighted, broadly-based, open-minded creativity and innovation.
Karen Parkin, adidas Executive Board Member, Global Human Resources, agrees with our earlier statement about the next big thing, “The level of innovation in any organization is in direct proportion to the diversity of its people. Diversity provides a steady stream of new ideas, fresh perspectives, and contrary points of view that are the lifeblood of innovation.”
The company’s commitment to diversity is reflected at its world headquarters, which boasts employees of eighty nationalities and where the male-female employee ratio is 50-50. It has also been ranked as a leading LGBT-friendly company.
In summary, diversity in the workplace is not just some feel-good, politically-correct goal. Well, it does make people feel good. It is the correct thing to do. And it opens doors, facilitates communication, and broadens both perspective and thought. And for any resistant naysayers, it stimulates solid financial results.
One day soon, I hope we will not need to consciously plan workforce diversity initiatives in companies of all sizes, because it will already be so rooted and integrated in company values and cultures that it becomes a subconscious mindset. Until then, most organizations need to consider how to increase their diversity.